There is hardly a Mexican who doesn’t have at least one personal anecdote about a “Vocho,” as the VW Beetle is called in my country. Cheap, resilient, easy to repair and with its endearing shape, the VW Beetle has won the hearts of millions of Mexicans. For most, this car has symbolized freedom because they could afford it. Between 1954 and 2003, over one and a half million VW Beetles were produced and sold nationwide. In 1971, the Vocho became the official taxi car in Mexico City. The beginning of the end for the VW Beetle came in the mid-1990s with the arrival of the first compact cars from other manufacturers that had more horse power than the Vocho. The VW Beetles where given their final blow when, in 2002, Andrés Manuel López-Obrador, then mayor of Mexico City,  banned them as taxis because they had only two doors. Thus the “green sea of vochos” characteristic of Mexico City now exists only in people’s memories. But the Mexicans’ love for this European car was so great that it continued to be produced at the Puebla plant for another ten years after worldwide production was discontinued.

My father had a blue 1969 VW Beetle with a roof rack. It was the only car that he bought brand new in his life. He took great care of it, replaced the engine at least three times, and kept it for over twenty years. In this car I got to know the world. I was in it first as a newborn baby as my father drove me and my mother across the Rio Grande from the hospital in Laredo Texas back to our home in Nuevo Laredo, Mexico.  I took my first trips to Monterrey and San Antonio in it, learned to drive in it as a 15-year old, and drove my first girlfriend around in it. My brother and I always fought over the same two seats: the passenger seat or “la cobachita,” the little niche behind the back seat. The blue car – like a smiling face with its round headlights and bumper – turning into our driveway was always associated with the great joy of seeing my father coming home in the evening after work. When my father died at the young age of 55, I was at university in the United States and was not able to say goodbye to him.

Although it has become difficult to find spare parts for the Vochos, so many of them still drive in all their glory on the streets of Mexico. I talked with their owners in Oaxaca, Chiapas and Yucatán and recognized in them the same loving care that my father had for his Vocho. And I understood that this project of photographing VW Beetles in all colors, shapes and conditions is driven by the search for that blue 1969 model that my father loved so much, and by the wish that one day I might see it turn into the driveway of my house again. 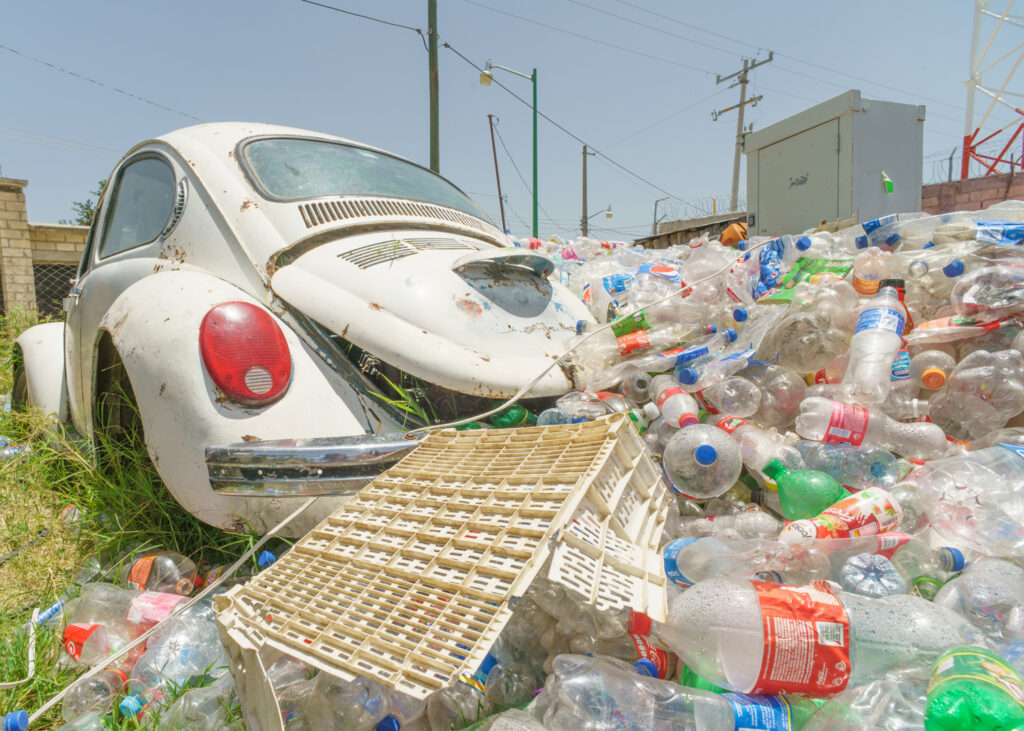